Are You Confident of your Company’s Communication Skills?

Are You Confident of your Company’s Communication Skills?

Last week, the dogs and I came close to being hit by a car. In fact, had I not been fully alert, I may well have been writing this from a hospital bed, or worse! 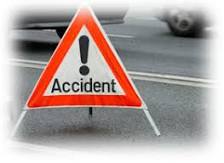 Now, I could write countless blogs and articles about the quality of driving I see on the roads (as no doubt could most of you!), but I don’t wish to be classed as a whinger. This particular “near miss” was as the result of someone who not only shot a red light, but also didn’t indicate he was turning onto the road I was crossing. Having proverbially failed his driving test on those two counts, he proceeded to accelerate towards us, not even slowing down as he sped past. Thankfully I know the junction well and was prepared for such an occurrence.

It’s Not About The Bike

Being a cyclist, I’m used to being bullied on the road by the small-minded minority of the anti-cycling driving fraternity. Courtesy seems unfortunately to be something firmly rooted in the past for a certain number of road users. Don’t get me wrong, there are plenty of cyclists out there who seem to think the laws of the road don’t apply to them (I often see cyclists shooting red lights, riding on the pavement etc) and I’m not condoning such activity. However, as someone who does respect the law when out riding, or indeed as a pedestrian for that matter, I still practice good manners when using the road.

It’s a Matter of Communication

The reason we have indicators in cars, or why we wave our arms when on a bike, is to communicate to other road users of our intentions. When not used, our intentions aren’t communicated to others and there is an increased risk that our actions will be dangerous or, at best, not received by others around. This isn’t unique to the laws of the road and applies in other walks of life, including business.

We at Data Bubble help businesses with their direct marketing by providing clean, accurate, targeted data to enable them to deliver their messages to the right people. If our business lists and consumer lists didn’t provide the highest quality data, we’d be compromising our clients’ chances of success by directing their message to inappropriate, possibly even non-existent prospects.

The Moral of the Story

Make sure that you communicate your intentions and in doing so, that you are clear in those communications. What is clear in your mind might not necessarily be clear to the recipient. What are you communicating and, if you were the recipient, would you understand? If you’re a fast communicator, i.e. like me, take heed of advice I have been given and that is to slow down, quickly!

Think about the medium you are using to communicate. Face to face is the easiest way of getting your message understood, since you have all senses to hand. Telephone is good too, as whilst you don’t have visual feedback, you do have sound.

Emails and mailshots are perhaps the hardest mediums within which to convey your message and I find these are most often the messages that are misunderstood. Remember, it is very difficult to convey emotion in writing – by phone, you hear the voice, speed, tonality; face to face you have eye contact, body language, as well as voice, tonality etc. In writing, you have words……and only words.

Poor communication will likely lead to a poor response, so be clear in the message you’re delivering, otherwise you could find yourself looking at business roadkill…..

Read More »
PrevPreviousWhere and When do you Market your Business?
NextDo You Use The Secret Weapon in your Marketing Arsenal?Next