The Art of Remaining Professional – Even in Adversity

The Art of Remaining Professional – Even in Adversity

As some of you may know, we issue weekly emails to our contacts, advising of certain databases that are available – we call these emails “Most Wanted”. Every Thursday, this email is sent at around 10am, advising of a specific database that we feel may appeal. Last week was no exception and at 10am, the email was sent

As you might imagine, whenever we issue a marketing email, we include a simple, one-click option to unsubscribe (in order to remain compliant with laws and regulations). Most unsubscribe requests come via the automated method, though we do get the occasional request by email reply. These, we unsubscribe manually.

Last Thursday, Steve received a reply which simply said “xxxx off fraudster” (I’m sure you can fill the gap!)

I Beg Your Pardon…

We were astonished, to say the least. At first, we wondered if it was somebody one of us knew who was playing a prank, but after giving it some thought, we were certain it wasn’t anybody either of us had met or knew. We looked at the contact’s details and didn’t recognise the company – it was assigned to David, so maybe it was a friend of his, but since he was on a day off, we couldn’t ask.

After some deliberation, Steve replied, simply stating that the email was being taken as a request to unsubscribe from our marketing emails and that his details would indeed be removed from the database. A response came back stating “Take it how you want. I would prefer you to send the data we paid you for rather than having to get the police involved”. 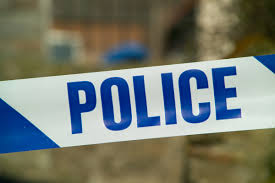 Confident that we had never supplied this person or company, Steve asked what data he believed that Data Bubble had supplied and when? After a few minutes, a reply was received…

A Case of Mistaken Identity

“Oh sorry” started the email…..it proceeded to state that a Peter Clayton is selling data which isn’t as promised, shall we say, via LinkedIn (I hasten to add that these are allegations made by the contact, not us at Data Bubble). The email then continued to explain how this person had believed Steve to be the same person, only realising their mistake upon receipt of Steve’s previous email.

It is understandable to be perturbed when you are wronged in business, as this person was. However, before entering into the world of accusation and profanity, be absolutely sure of your position, otherwise you may find yourself looking like a right wally and needing to make numerous apologies.

This person was a little rash, nevertheless thankfully kept the accusations private between us. I do see similar instances on social media and when made public, an apology alone might not be enough to satisfy the innocent party, as more serious damage may be done.

When on the receiving end, always maintain professionalism and gain clarity of the situation if at all possible, prior to entering into a deep and heated conversation. It would be all too easy to enter into a war of words without full knowledge of the allegations – problem is, this will only end up with both parties losing out, potentially in the public’s eye, which is never good!

I hope you understand that I have to end by reiterating Data Bubble’s ethos, which is “Honesty and quality”. Our brand is built on this ethos and anybody who has done business with us would, I hope, echo this (see our testimonials!). We strive to provide excellent service and great quality data and by and large, we succeed. We openly welcome feedback, whether good or bad, and we act upon it all. That’s what we believe sets us apart from our competition.

So please……if you get offered data by Peter Clayton, be aware that it’s not us at Data Bubble……

We welcome feedback and invite you to leave your comments below

Read More »
PrevPreviousDo you want to target the Stationery buyer within a company?
NextNewsletter from Data Bubble. March 2014Next