The Power of Social Media – Who are you going to contact?

The Power of Social Media – Who are you going to contact?

You know I’m a blogger…..ne’er a week goes by where I don’t impart some of my wisdom / general observations in your direction, be that direct marketing tips, advice on your mailing list or tales of incidents that have occurred in my life that I deem “blog-worthy”. This week is no different, although no listbroker tips this week – instead, this week’s blog is one of the latter type and at this festive time of year, what can be better than a heart-warming tale of friendly reunion? When my husband was at school, he, like many of us, had a best buddy. Again, like many of us, he lost contact as he and his best mate went their separate ways through university / college and eventually work. There was no untoward reason, however as I imagine many of you can relate, these things just happen…… Some 25 years or so have passed since then, yet Steve has often mentioned his friend and wondered how he is, where he might be now, what he is doing etc – you get the picture. He had looked on Facebook but to no avail and being relatively new to the world of social media, had sort of stopped there. Having recently joined Data Bubble and thus needing to expand his knowledge of mailing lists and the like, his social media awareness has increased – I have nudged him more and more into its spotlight, occasionally to his reluctance! Nevertheless, he has spread himself around a little more (you may even have noticed his activity has increased on LinkedIn of late and this is likely to increase further the more comfortable he becomes with its use.) 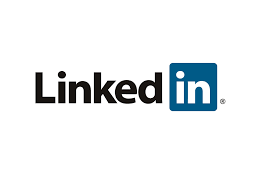 Having discovered the power of LinkedIn, I suggested he see if his old friend was there and low and behold, he was!!! So, despite the years, Steve made a request to connect and his old friend accepted. They quickly exchanged a few emails and last week, met up for the first time in 25 years!! Steve came home buzzing….they’d spent a couple of hours catching up the major stuff – home, marriage, kids, jobs, sport (putting the world to right re Huddersfield Town no doubt) – and had agreed they should meet up again very soon to have a “proper” catch up. In fact, I think I’ll be going along to that too, which will be fantastic!! So, given the festive season we are amid, now would seem to be an ideal time for all of us to take a leaf out of Steve’s book and get in touch with friends from the past. I know I’m going to…….so who are you going to contact????